Georgia State University’s CASA provides centralized programming to generate interest and promote activities in pursuit of doctoral degrees. Undergraduates need support in recognizing and establishing characteristics that contribute to successful progress to and through a doctor of philosophy programs (PhD) in their areas of interest.

1) help students identify and solidify their interests and eligibility for graduate school; 2) provide academic mentoring and support that keeps students on track toward successful graduate school applications and career progressions, both directly to students and indirectly through faculty development; and 3) expand research opportunities on all campuses

“While the session was primarily geared toward those studying the arts and humanities, Dr. Bonnette-Bailey was very helpful in getting me listings for various STEM summer research opportunities that CASA has on file. She also recommended to the guests how we should go about preparing a CV (which I did not realize is different from a resume) and how we should also prepare our “personal mission statement” and try to keep an up to date transcript at all times as well as a letter of recommendation, if possible. All of this was helpful in me realizing that for me to get a summer research opportunity I need to be going about it in a very systematic and hopefully efficient manner. As regards environmental geosciences, the field is very broad, and while it can easily be applied to many topics in science, that makes it difficult to know where to even start. I have taken to using the NSF site to look up sponsored REU across the United States and I already have my eye on several in California related to hydrology and water sciences that I hope I can get into.

Attending the information session provided me with some very necessary information that I was not thinking about up until she mentioned it. I should have considered these things, but she laid it all out very plainly and with a healthy dose of urgency. I am not going to be leaving getting a summer research opportunity up to chance. If I am unable to acquire a position this summer I will be trying again for next summer.”

If you would like to discuss your application or personal essay, contact Lakeyta M. Bonnette-Bailey, PhD at (lbonnette@gsu.edu). 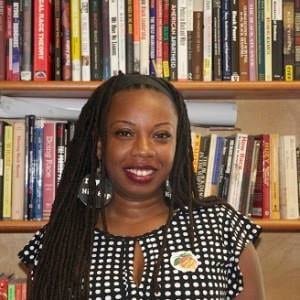 Dr. Bonnette-Bailey has written numerous articles and book chapters. Her book, published (2015) with the University of Pennsylvania Press, is entitled Pulse of the People:  Rap Music and Black Political Attitudes.   Additionally, in 2017 she hosted the conference Behind the Music:  Hip Hop and Social Justice, which was the first conference at Georgia State University to examine the ways in which social justice is addressed and expressed within Hip Hop culture.  Fall 2018, she will be in resident at Harvard University as a W.E. B. Dubois fellow/ Nasir Jones fellow for her research on Hip-Hop culture.  As a first generation college graduate, Dr. Bonnette-Bailey is passionate about helping others purse graduate programs.

Send this to a friend